1 LEAP Technologies today has become a renowned name in the field of Magnetic Reed Switch. With an Expert & an experienced team 1 LEAP always strives to get quality assured products for its clients. All our products are thoroughly checked and only then are dispatched from our warehouse. 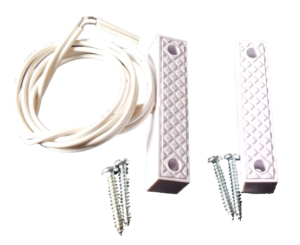 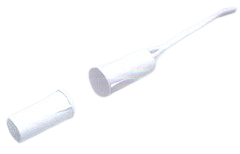 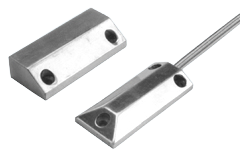 What are Magnetic Reed Switches?

A Magnetic Reed Switch is an electrical switch that makes or breaks contacts in the presence of a magnetic field, i.e. the switch remains actuated as long as a strong magnetic field is present and opens when the field is removed.

How does a Magnetic Reed Switch work?

Magnetic Reed Switches work similar to relays, closing an electrical contact in the presence of a magnetic field. A nearby magnetic field from either an electromagnet or permanent magnet pulls one contact against the other, closing the switch. When the magnetic field is removed, the spring action in the stiff metal contacts opens the connection. Because the thin contacts have low mass, they can operate up to 10 times faster than conventional relays with similar ratings.

Magnetic Sensors find applications in vast areas, from simple position sensing in doors, to more complicated ones used in the military, to more sophisticated cellular phone radio frequency (RF) switching electronics and in the medical industry.